This beautiful fan art of Kaine from Nier certainly leaves a long-lasting impression.

In the 11 years since Nier became a firm favourite with fans across the world due to its rich and enchanting characters, the game also become one of the industry’s most beloved franchises to this day.

This can especially be said about NeiR: Replicant’s Kaine, a powerful woman who isn’t afraid to get what she wants and speaks her mind in the process. This expressive character is an intersex woman who has become somewhat of an icon in the LGBTQ+ community and rightly so.

Of course with a character as fierce and amazing as Kaine, she is bound to draw out the creative types who want to cosplay as her or, as we are about to see, create wonderful works of art of the character.

Wang Ling, otherwise known as Wlop, is an artist from China currently based in Hong Kong. Known for their captivating and detailed illustrations, Wlop has designed an absolute stunner with NeiR: Replicant’s, Kaine.

The level of Wlop’s technicality is almost breathtaking as they sketch her white bandages, the outline of her ribs, the long flowing strands of silver hair and that vulnerable expression Kaine has on her face, a side that’s not often displayed.

It truly is a remarkable piece that showcases Wlop’s insane artistic skills. If you want to be blown away, even more, you really should check out their Artstation that’s packed with mindblowing masterpieces.

If you enjoy cosplay, you may enjoy this Kaine article that shows off Katyuskamoonfox’s latest adventure. Or if a 2B cosplay is more your style, we have you covered on that, too.

Have something to tell us about this article? 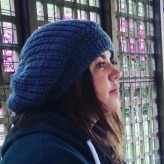 Rachael, who is Deputy Editor, has been gaming for many years. Some of her favourite video games include The Witcher 3 and The Last of Us but also loves a good indie title. Gaming Culture is where her heart lies and spends many hours sieving through gaming fan art and cosplay displays. Other than gaming, Rachael is a book nerd and music lover.